Prime Minister Modi’s ongoing visit to Japan is about a new partnership between the two countries. Japan is already a top investor in India, even if China is the leading bilateral trade partner. There are over 1000 Japanese companies in India, and a very significant surge in their number is sure to follow in coming months. 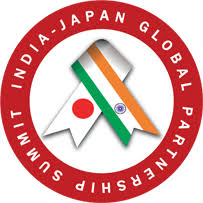 Both the prime ministers at the scheduled bilateral summit are unabashed nationalists and have a hard nose for filling their agenda with decisions that back their vision for their respective countries. Abe and Modi are expected to strengthen security ties and finalise a framework for defence coordination. Supply of US-2 amphibian search and rescue aircraft to India has been discussed since December last and the Abe administration has eased the nation’s long-held ban on weapons exports, including technology transfers, in April this year. The two leaders are expected to continue joint maritime drills in addition to trilateral ones with the United States, possibly on a regular basis.

But the calling of “two major maritime democracies in Asia” is expected to affirm their willingness to work in tandem at ensuring a “peaceful and stable maritime order” to curb Beijing’s increasing activity in the East and South China seas, as well as in the Indian Ocean. Effectively, it is to halt and displace the ambitious Russia – China strategy emerging over the region, largely through an aggressive and belligerent show of power than a genuine desire at cultural appreciation,  economic and technological largesse and trade turnover.

It is a larger shared perspective for the East, South East and South Asia region at work between them. The summit itself coincides with much else : the just concluded visits of India’s Foreign Minister to Bangladesh and Myanmar, Indian President’s call on Vietnam later in September, and the coming visits by Prime Minister Abe to Bangladesh and Sri Lanka. An agreement to meet Japan’s most crucial need for rare earth materials has already been signed with India, which is likely to ship over 2000 tonnes by February next year. It is to grow up to 4000 tonnes per year, a substantial bailout considering the intransigence shown by China — Japan’s major supplier — in recent months.

A nuclear deal will be discussed over the table, if not concluded, alongwith availability for huge funds by Japan for a whole array of India’s infrastructure projects, the scale of which is likely to arrest the global attention with surprise. The next week’s developments would also forge a convergence among all countries to the east of india and to the south of Japan.

The India – Japan summit could spell a remarkable momentum to peace and stability, growth and properity, in east, south and south-east Asia.