You, and your clique in the CCP, may not know the Kantian value of every individual human being : It Is Absolute…

Equal to yours, if not more. The reminder becomes necessary because, in your worship at the alter of power, you have forgotten what it is to be a man, even while you act in his name, in his cause.

Why else would kill hundreds of thousands of innocent Tibetan people, as if they were nothing ?

As if they had no purpose of their own …

You presume you know better than the people, whose affairs you rule, when you do not. No one does. Which is why history has consigned all ‘dictatorial’ forms of government to the dustbin and has in its stead fostered democracy … the system in which the rulers must go back to the people and ask to know their will.

President Xi, Free Tibet today, before it is too late. Before you are chased by the millions and are lynched like ordinary criminals and murderers that your party and your government is. 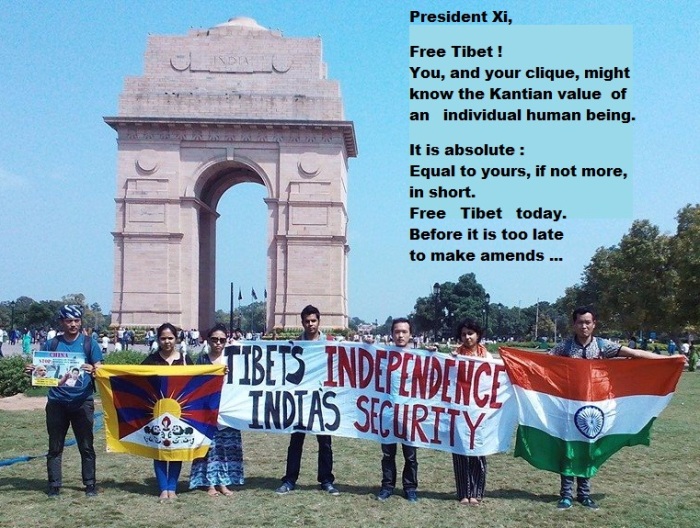 I believe, it celebrates a transfer the “transfer of power,” from British colonials to Indian occupiers.

India is independent, more or less, depending entirely on how you as a family and as an individual have been able to milk the opportunities it threw up along its course through 66 years. An objective look is unconvincing : there are the Western nations who have leveraged their spoils from this country, and others, with their new found enterprise and apetite for more. They are the first world, with privileges to set the agenda and the terms. That renders other countries less than independent. Diversity and respect for it is more lip service than real; its preservation is more frowned upon than encouraged.

The second world, Russia et al, take their cues from first world’s leadership : the exploitative national interest. It works for them; not for others less fortunate, in might or economic endowment.

Then, in Indian context, is unhappy Pakistan and hegemonising China. They both deliver the “cuts” that makes this nation bleed and mired.

Most Indians are neither free nor empowered to be. All the international debilitents have their internal equivalent who betray the country’s interests, people welfare, development opportunities, social collation, cultural cohesion, political focus and centeredness.

I pray. The world wouldn’t be with much of its enablers and positive moderation without India.

The pic below is a metophor for how India is poised today. Let’s wish ourselves well … blooming tentatively. 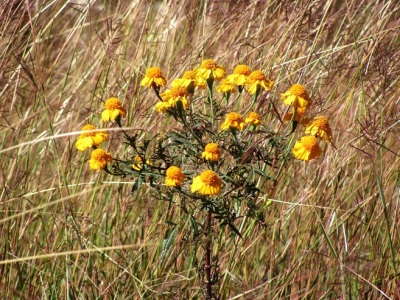 Remembering The Heaven It Was …

Represents the best we have.

But now in other lands. Exiled. 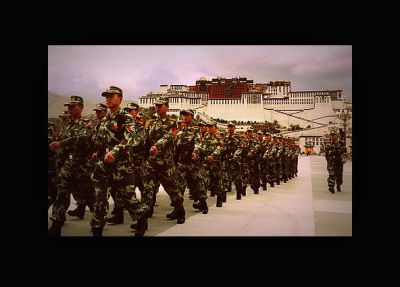 This one is about the lies propagated in respect of the 1962 Indo – China War.

After the 1962 war, the Indian Army commissioned Lieutenant General Henderson Brooks and Brigadier P S Bhagat to study the debacle. Their report was never made public and lies buried in the government archives. But some experts have managed to piece together the contents of the report.

One such person is Neville Maxwell, who studied the 1962 war in depth and wrote “India’s China War” and “How The East Was Lost”.

Whilst the Indian government had good reason to keep the Henderson Brooks Report Top Secret in 1963, when it gave only the vaguest and largely misleading indications of its contents, declassifying the Army’s report is absolutely necessary today, for the truth to be out in public space.

However we look at it, the Nehru Congress government’s effort at playing the duplicitous propaganda game was shameful, even though successful. It convinced the political public that the Chinese, with a sudden ‘unprovoked aggression,’ had caught India unawares in a sort of Himalayan Pearl Harbor. The Report’s cool and detailed analysis, if made public, would have shown that to be self-exculpatory mendacity.

But a series of studies in late 1960s, and through the 1990s, revealed to any serious enquirer the full story of how the Indian Army was ordered to challenge the Chinese military into a conflict it could only lose. Bureaucratic inertia, combined with the natural fading of public interest, could explain the continued non-publication of the Report, but for the fact that so many in India still cling to the soothing fantasy of a 1962 Chinese ‘aggression’ and the disgrace of the Nehru governement that had lied to the Indian public about his ineptitude and his completely avoidable misadventure !

The truth is that by early 1950s the Indian government of Nehru and his acolytes had shaped and adopted a policy whose implementation would make armed conflict with China not only “thinkable” but inevitable. The Sino-Indian borders had been left undefined by the departing British and territorial disputes with China were part of India’s inheritance. China’s other neighbours had settled their borders satisfactorily through the normal process of diplomatic negotiation with Beijing. But the Nehru government decided upon the opposite approach.

Nehru led India along a path whereby the country would, through its own research, determine the appropriate alignments of the Sino-Indian borders, extend its administration to make those good on the ground, and then refuse to negotiate the result. Barring the inconceivable — that Beijing would allow India to impose China’s borders unilaterally and annex territory at will — Nehru’s policy thus willed conflict without “foreseeing” it.

Expectedly, that policy generated friction along the borders and bred a steadily increased distrust, growing into hostility, between the neighbours. By 1958, Beijing was urgently calling for a standstill agreement to prevent patrol clashes and negotiations to agree on boundary alignments. India refused, believing it would be an impediment to intended advances and insisted that there was nothing to negotiate since the Sino-Indian borders are already settled on alignments claimed by India, through “blind” historical process.

Then began India’s accusations that China was committing ‘aggression’ by refusing to surrender to Indian claims. From 1961, India launched its attempt to establish an armed presence in all the territory it claimed, and to extrude the Chinese from there. Observing the Indian Army’s exertions, Beijing issued a series of warnings that the Chinese forces would have to hit back if India did not desist from its expansionist thrust.

Without heeding signs of the impending War, Nehru proclaimed India’s intention to “drive the Chinese out” of areas India claimed. That bravado had by then been forced upon him by public expectations that his charges of ‘Chinese aggression’ had aroused. Beijing naturally read in it a declaration of war. The unfortunate Indian troops on the frontline, under orders to sweep the superior Chinese forces out of their impregnable dominating positions, instantly appreciated the implications : ‘If Nehru had declared his intention to attack, then the Chinese were not going to wait to be attacked.’

On October 20, the Chinese launched a pre-emptive offensive all along the borders, overwhelming the feeble but, in this first instance, determined resistance of the Indian troops and advanced some distance in the eastern sector. On October 24, Beijing offered a ceasefire and Chinese withdrawal on the condition that India agree to open negotiations : Nehru refused the offer even before the text was officially received. Both sides built up over the next three weeks, and the Indians launched a local counterattack on November 15, arousing in India fresh expectations of total victory.

The Chinese then renewed their offensive. Now many units of the once crack Indian 4th Division dissolved into rout without giving battle and, by November 20, there was no organised Indian resistance anywhere in the disputed territories. On that day, Beijing announced a unilateral ceasefire and intention to withdraw its forces : Nehru, this time, tacitly accepted.

Naturally the Indian political public demanded to know what had brought about the shameful debacle suffered by their Army. On December 14, a new Army commander, Lieutenant General J N Chaudhuri, instituted an Operations Review for that purpose, assigning the task of enquiry to Lieutenant-General Henderson Brooks and Brigadier P S Bhagat.

The report continues to be classified by the Indian Government . In April 2010, India’s Defence Minister A.K. Antony told Parliament that the Report could not be declassified because its contents “are not only extremely sensitive but are of current operational value.”

The report is said to be openly critical of the Indian political and military structure of the time, as well as of the execution of operations.

In Feb 2008, MP Rajeev Chandrasekhar again requested that the Report be declassified in the interest of national security. It was declined by Minister A K Antony. A call was repeated by senior BJP leader Rajnath Singh on October 21, 2012. Silence … untill the truth will prevail.

I’ve been increasingly thoughtful about it and have been occasionally compelled to remark about it on Twitter. Naturally, it’s me … how I see it, as opposed to how the Dalai Lama assesses. It’s his court, with the Chinese on the other side.

First, the basic values : I believe Buddhism is the better than Christianity, and infinitely more welcome compared to Islam. But Buddhism, to me, had no trace of truth – the one I can carry when my heart stops, or when it’s curtains on my brain.

Buddhism is a great religion concentrated on ethics and morality while one is alive. Peace … yes, while they themselves live in chaos, on the dole let out by others. Non- Violence … very much, while the meat killed by others is on their table !

But that isn’t what I wish to speak of : it is about their heroic, self-satisfying self-immolations. They are counting … perhaps, they’ve scored a century. I wouldn’t. I’d think of of the sad unprotected families left behind and wonder about what the great Dalai Lama thinks and believes, and does about these ‘heroic’ suicides.

Well, he does nothing except go from one award function to another, one edifying speech to another eulogising fervour. I can see the crap. Does the great one see through what he is doing ? Damned be he, does he see through the pain of his people ? And what is his solution or advice ? I do not know.

What does come to fore, in my view, is that the Dalai Lama is a religious leader. A magnificent one, for a magnificent religion ! But what a lie I see, a magnificent lie. There is no truth in it.

By my upbringing … the truth is that waging a war is preferable to encouraging the unjust or suffering their injustice. It is possible that one is incapacited for a while, not able to do a thing for a time. But what crap of a religion is this that leaves its people weak.

Damn this belief – system that will go extinct because of its excessive belief ! I’d much rather, every self immolator embraced a Chinese, common Han or official, while the fire is burning ! Let the moral goal justify the conduct, not a damned religious ideology.

May the Tibetans win their place under the sun. 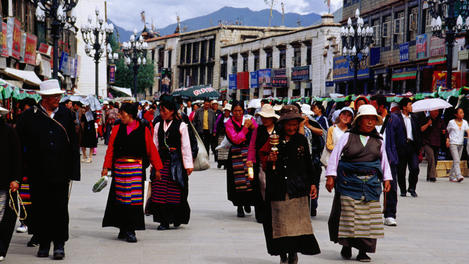