Most thinking that men do are a release, a diversion away, a continuous roll into forgetfulnes and awareness.

For instance, we keep trying to box the world in and how it is, but at different interfaces – morals, science, finance, politics, economics, business, govt… I find he is driven by something invaluable in his heart that aspires to beauty, dignity, truth and simplicity. That he is prepared to drive himself for the values he has, go long extra miles, day in and day out, makes it magnificent.

Not that it reaches anywhere, except in the awareness he might raise into others or tune into the choir. Mostly, it is fiction, which fact takes nothing away from its paramount worth. I trust these intangible effects. It is their buildup over time, perhaps several generations, when social values might swerve towards “profit, as need” over “profit, as motivation” and “work, as need” over “work, for profit”.
The world’s tale is of the dog’s tail. It wouldn’t straighten, no matter all the mega hullabaloo in science, biz, politics or economics. The momentum of feudal and alpha rot in our psyche will remain. The proletarian purity of Marx remains a charming chimera. And democracy, that promised crowning of the ordinary man … * sigh*
Before I end, let me leave a scintillating case with you :

Orlando Serrell wasn’t born autistic – indeed, his savant skills only came about after a brain injury.

In 1979, then ten-year-old Orlando was playing baseball when the ball struck him hard on the left side of his head. He fell to the ground but eventually got up to continue playing.

For a while, Orlando had headaches. When they went away, he realized he had new abilities: he could perform complex calendar calculations and remember the weather every day from the day of the accident.

What makes Orlando Serrell so unique is that he may indeed hold the key that unlocks the genius in us all. Orlando Serrell did not possess any special skills until he was struck in the head by a baseball when he was 10. And his extraordinary gifts seem to be his only side effect.

Could this mean once a key hemisphere in the brain is stimulated, we can all attain the level of genius Orlando posses and beyond ?

People like Orlando are called “savants”, a word with very interesting nuance to genius. Here’s a link with more : http://www.neatorama.com/2008/09/05/10-most-fascinating-savants-in-the-world/
Would a world of savants be really preferable ?
But, is science really in a position to replicate Orlando effect to genius abilities ?
I know we can give charge to our imagination and sci-fi fancy.
But, my friends in science, you really believe every 10 year old can be given the equivalent of a baseball thud on left side of his head, with the assurance that he will stand up to be a genius from then on ? 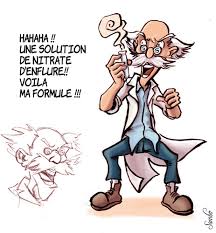 One thought on “Human Enterprise : To Promise Or Futility ?”